Whale watching is on many bucket lists, and for good reason.

Seeing whales, the majestic kings and queens of the sea, up close, is something you’ll remember fondly for years to come. There are so many ways to enjoy this experience: a whale-watching charter with the family; a heart-pumping jet boat adventure; taking a cruise to the deep Bremer Canyon to see intelligent and powerful orca in action; or staying dry and observing from our beautiful coastline.

Whale watching is one of the most popular activities in the South West and Great Southern regions, and we get a lot of questions about it. Let’s give you some answers. 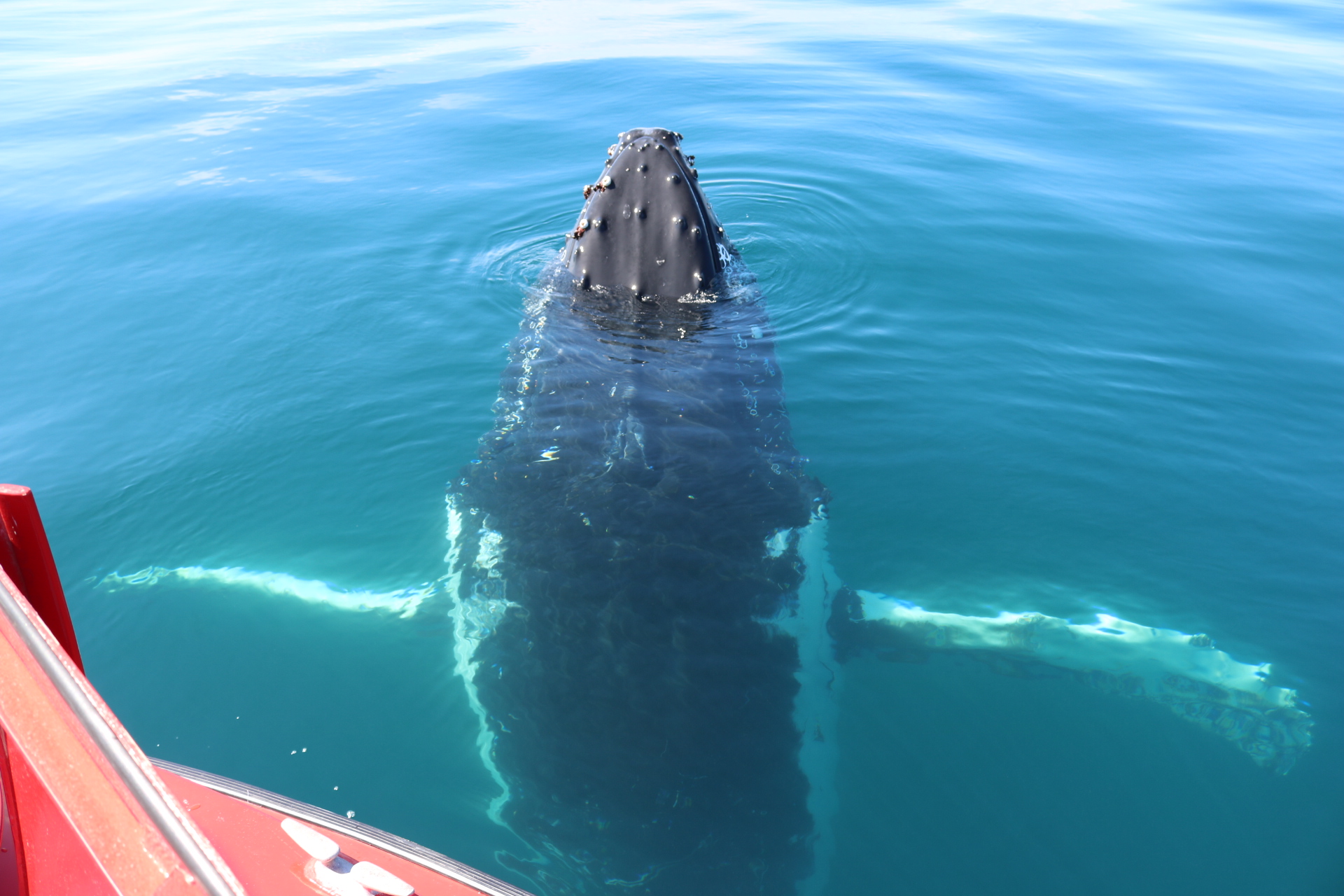 Where can I go whale watching?

Western Australia is major global hotspot for whale watching. And Busselton, Dunsborough, Yallingup, Augusta and Albany are all great options. Whales go on an epic migratory adventure each year and it’s this which allows us to see them in multiple locations. Whales feed in the nutrient-rich waters of Antarctica and then head up the coast to give birth in the Kimberley region, and then swim back again. They often stay closer to shore on the way down as they now have their young with them.

When is whale watching season?

This is actually a year-round activity. As a general guide, the seasons are:

What kind of whales will I see?

We have healthy populations of humpbacks and southern rights so you’re almost guaranteed to see either species. Some lucky watchers may also see the rarely-spotted ocean giant blue whales, minke whales, and even orca – sometimes called ‘killer whales’.

Did you know that Western Australia is thought to be home to the largest humpback population on earth? After being hunted to near extinction, their numbers have exploded to around 45,000, and growing each year. These whales are on the most epic of journeys, travelling 25,000 km each year. They’re also very inquisitive so will often come right up to boats. 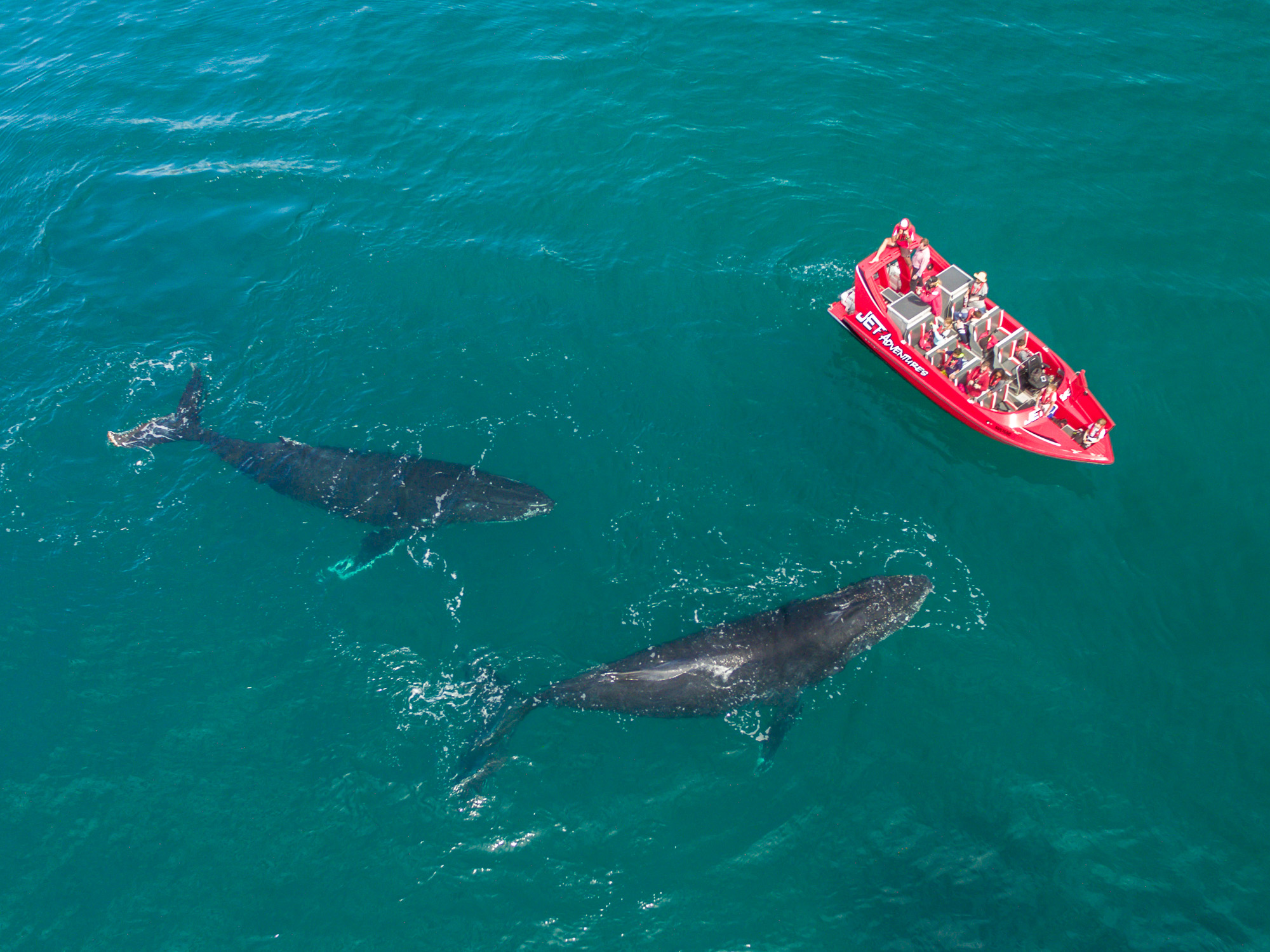 Can I see whales from land?

Yes you can, but, of course, they’re further away so you aren’t guaranteed sightings, and you won’t experience the sheer spectacle of seeing these enormous gentle giants so close. Nevertheless, it’s still wonderful seeing whales splashing around, even from far away. Anywhere along the coast where you’ve got a high vantage point is a great start.

According to Sean Blocksidge, owner and operator of Margaret River Discovery Company, while it may seem counterintuitive try not to look too hard. “Just scan your eyes across the horizon. Your eyes will suddenly start seeing the things that look different, like a breath blow, tail slap or flipper wave glistening in the sun,” he says. “A breach is super easy to spot; it’s like a bomb going off in the water!”

The best whale-watching tours in the South West and Great Southern:

The original whale-watching outfit in the South West offer tours from various locations throughout the South West and Great Southern regions: Busselton, Dunsborough, Augusta, Albany and Bremer Bay. They also have a luxury 20m catamaran for comfort touring.

Dunsborough is one of the most popular places to hop aboard a tour. “Here we encounter thousands of humpback whales with their newborn calves migrating south back to Antarctica,” says Nakita of Naturaliste Charters. “Dunsborough is one of the only locations in Western Australia where blue whales are sighted – the largest living animal on the planet! They’re very rarely sighted anywhere further south.”

If you’re after something a little different, the Bremer Bay tour is out of this world. Board the boat and head out to Bremer Canyon which is 200 km long and twice as deep as the Grand Canyon. This canyon is a magnificent marine wonderland inhabited by a huge diversity of wildlife, including one of the world’s most powerful predators, the orca. 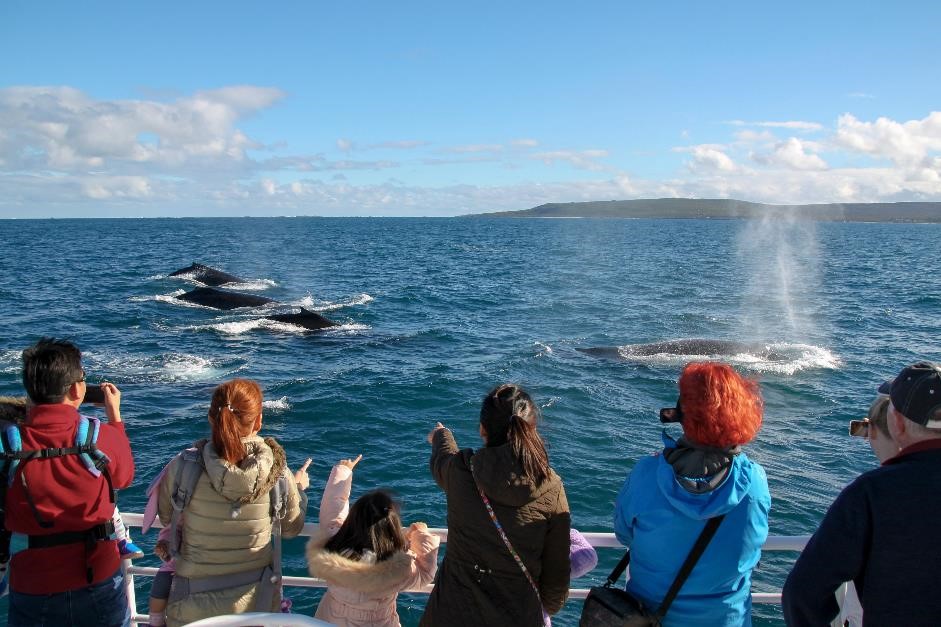 Like Naturaliste Charters, this well-regarded organisation offers tours all year round and from multiple locations.

From May to August, jump on a tour in Augusta to see southern right and humpback whales. If you’re in Dunsborough from September to December, you will see many of these beauties. The region has a special purpose, too.

“Our southern right whale population is growing and, almost having been hunted to extinction, places like Flinders Bay [Augusta] that provide a safe nursery ground for these special whales are a vital part of their continued population increase,” says Gemma at Whale Watch Western Australia.

From January to April, you can see orca on tours departing Bremer Bay. On these tours, you might also spot sperm whales, pilot whales, beaked whales, sunfish, pelagic shark species and birdlife such as the wandering albatross. This is a mind-blowing, unique experience in one of the most unspoiled regions on earth, the Great Southern region. 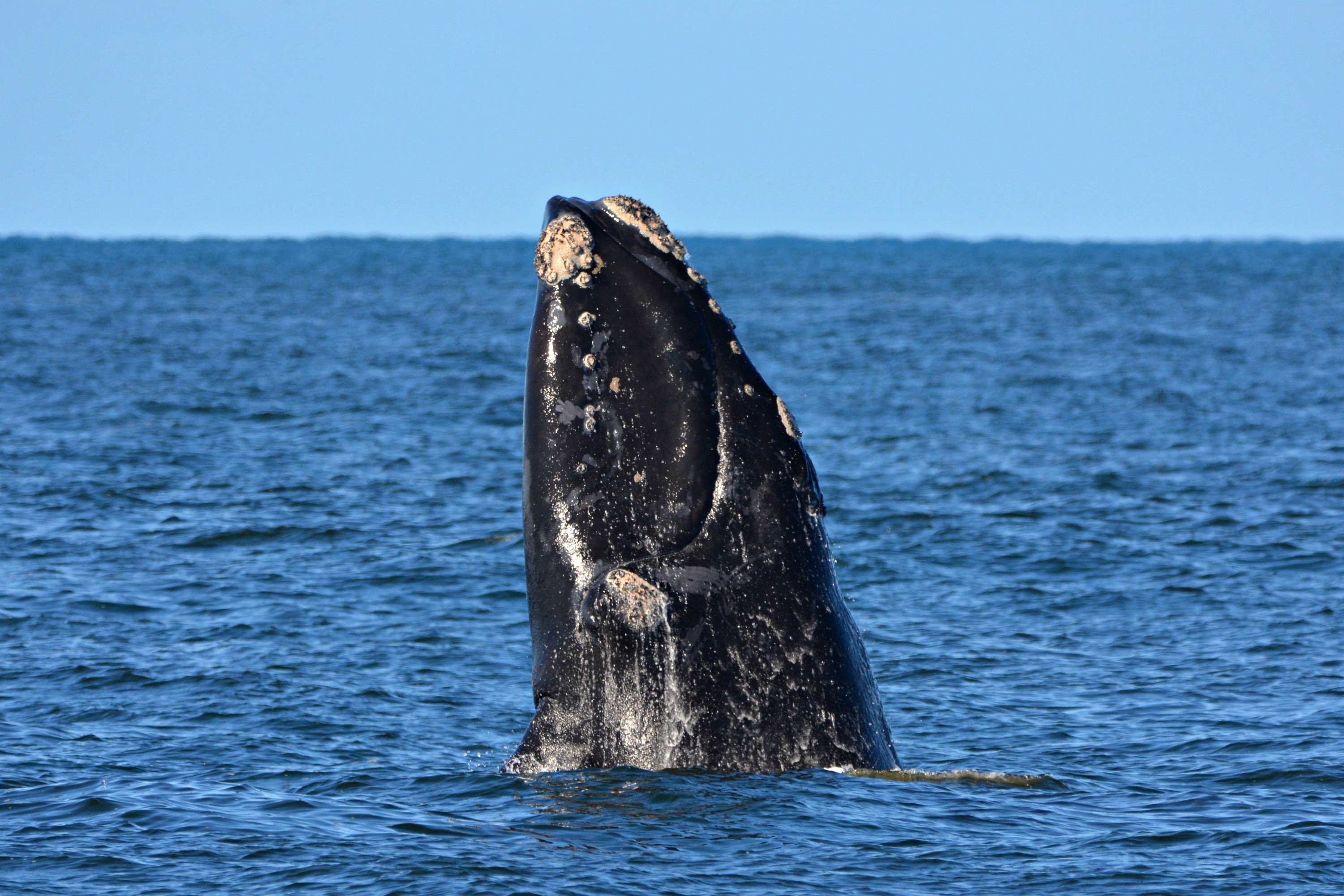 For a heart-thumping marine ‘safari’, join Jet Adventures in Dunsborough. If you’re wondering what the difference is between a typical whale-watching vessel and a jet boat, we asked operator Pete to explain.

“The jet boat is great for whale watching as we can move quite quickly and travel from pod to pod, as often they’re behaving differently. Having a flat-bottom boat with no propellers in the water means the whales, dolphins or seals can’t injure themselves if they choose to swim underneath the boat,” he says.

“We can also get in close to shore in the shallow waters to get an up-close view of the fur seals and the caves, as well as a trip right around the cape to Sugarloaf Rock to visit the resident dolphins and through the narrow canals when weather permits.”

If you would prefer to keep your feet firmly on dry land, you won’t miss out. You can, of course, keep a lookout from the privacy of your Private Properties home or while taking a stroll along the coast during peak months. But you can also join a land tour that includes whale spotting. A great option is the highly rated Margaret River Discovery Company.

In this area, the ideal time for a tour is September to November, as the whales pass directly in front of Wilyabrup Cliffs late in the afternoon, when the tour is exploring the Cape Track walk. As an added bonus, this is also the best time of year to see the region’s incredible wildflowers. 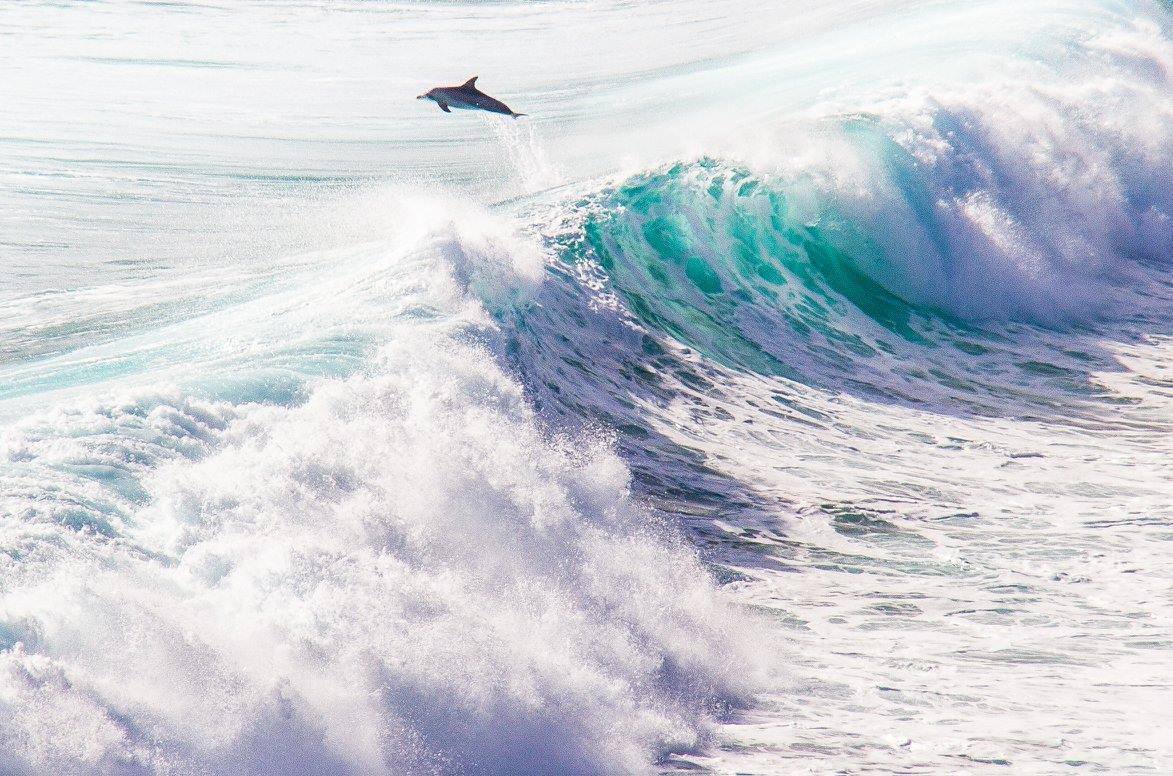 Just imagine relaxing on the balcony of your home, watching whales frolicking in the bay. Stay in one of these, or one of our other ocean view properties, so you don’t miss out on this truly magical experience.

Contact our booking consultants on +61 8 9750 5444 for details and advice, or go online to book your accommodation.

Where to find kangaroos in WA’s South West

How to take a good photo on your next holiday