We chat to award-winning winemaker Vanya Cullen about her career, her vineyard and her life growing up a Cullen.
Share this post

Precisely two minutes into our conversation, I think, ‘The apple doesn’t fall far from the tree.’

Vanya Cullen is impressive in so many ways. The illustrious award-winning, 30-year veteran winemaker is the co-owner and managing director of Cullen Wines. She was recently crowned 2020 Winemaker of the Year at the Halliday Wine Companion Awards – among many other awards she’s been bestowed – and she’s a warm, open, and passionate person. For Vanya, her life’s work is about more than personal success or a family name; it’s about the success of the whole Margaret River region and the natural environment on which her industry depends. 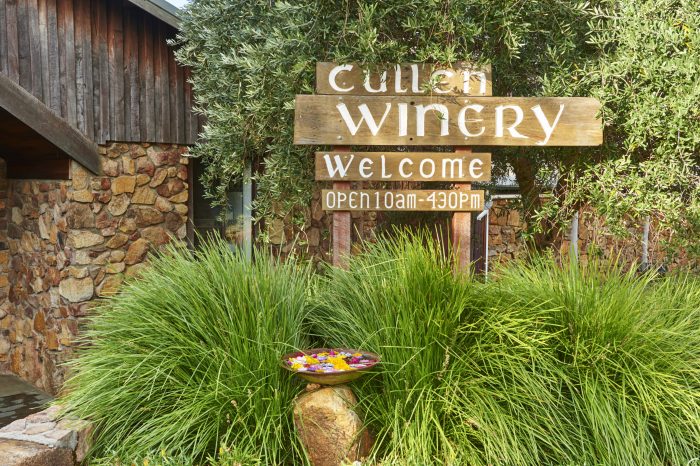 This comes as absolutely no surprise to anyone who knew her parents, Diana and Kevin, who shared these same admirable qualities with their youngest daughter. The duo started Cullen Wines just over 50 years ago and were among a handful of spirited entrepreneurs who established the Margaret River wine region from the ground up. Neither Diana nor Kevin knew anything about wine before starting their company.

What kind of life lessons did they impart on their six children, I ask?

“They were very positive people and they worked hard. When they first bought the property, it was run-down, so we were all very busy, but it created a strong work ethic in us. Dad always said, ‘Being happy means being interested’ – meaning, if you’re interested in something, you’ve always got something to be happy about,” she says.

“All their lives they worked hard for whatever cause they felt was important. One of those was the environment. [For example] they were in Tasmania fighting to save Lake Pedder. When they moved here, they helped prevent the mining of bauxite on the coast. Can you imagine what the South West would have been like if that had happened?”

The Cullen brand has continued on from its early roots, dedicated to nature and innovation equally. In 2003 Vanya led the business to be certified A Grade Organic and A Grade Biodynamic in 2004. There is a heavy emphasis on sustainability and company declared itself carbon neutral in 2006. In fact, they are now carbon negative although they aren’t certified just yet, according to Vanya. 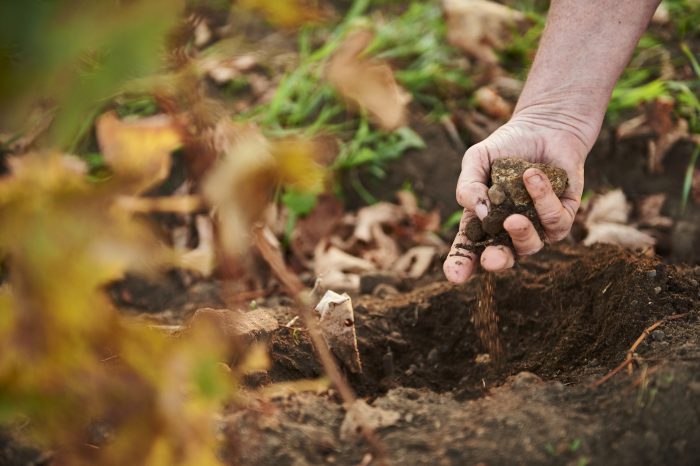 “The quality and sustainability aspects of Cullen Wines is very much a part of the plan – our family legacy of caring for the environment,” she says. “We have balanced wine, fruit that you don’t have to add anything to… we don’t have to adjust anything. It’s just pure and natural wines. For a long while we were the only ones, but now others are doing similar.”

“My dream is for the whole region to be biodynamic. Wouldn’t that be amazing?”

This natural approach is not only good for the environment, it’s good for the product, too. The brand is world-renowned for consistently producing stellar wines year after year. And now thanks to the biodynamic processes, there is improved integration of flavours, a better balance, and lower alcohol and sugar.

Out of all six children, Vanya was the one who took to the hands-on aspects of winemaking the most. She studied zoology and music, but eventually came back to viticulture. Her mother, Diana, was the head winemaker when Vanya took to winemaking in the family business, and eventually she took over as chief winemaker in 1989. 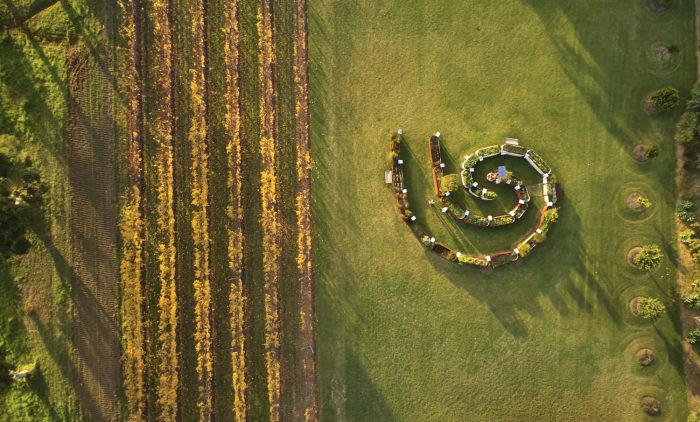 Her parents were wildly successful both together and in their own rights. Diana was a physiotherapist, the first woman to win a trophy at the Perth Royal Show, and she led Cullen in the honour of being the first Margaret River winery to win an award. Vanya’s father, Kevin, was equally as admired and influential. He was a doctor and was instrumental in starting the Busselton Health Study, the longest-running longitudinal study of its kind in the world (it’s still running to this day) and also deeply involved in the creation of Cullen Wines.

Their approach to a new venture was with the same optimism as previous ventures. They became involved very early on with the first vineyard plantings, alongside Vasse Felix founder Tom Cullity, the Perth cardiologist who was the first to produce wines commercially and just pipped the Cullens, whose first vines were accidentally destroyed. 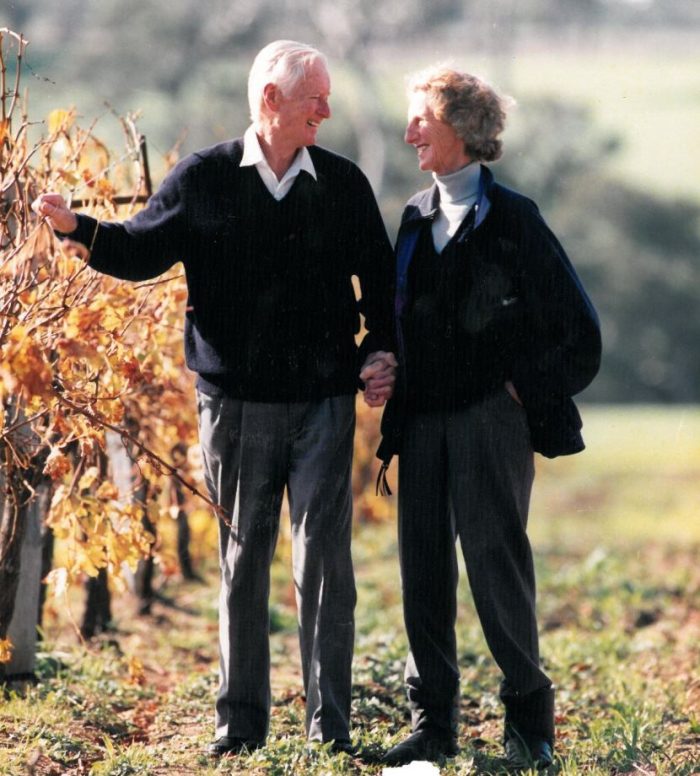 The winemaking began with a stroke of luck and great timing. It was a meeting with Dr John Gladstones, a UWA professor of agriculture and an expert on growing lupins who had taken an interest in viticulture, that changed the family’s trajectory. The professor was about to publish his now-famous study on the suitability of the Margaret River region for winemaking.

“John came to Mum and Dad’s house, and they wanted to grow lupin. He said, ‘You’re mad. You want to grow grapes!’ He gave a talk in 1966 in Busselton about growing grapes, and then there was a series of trial plantings with Mum and Dad, Tom Cullity, and a few others. I remember being a little girl and I was with Caroline Juniper, and we were so happy it was all planted.” 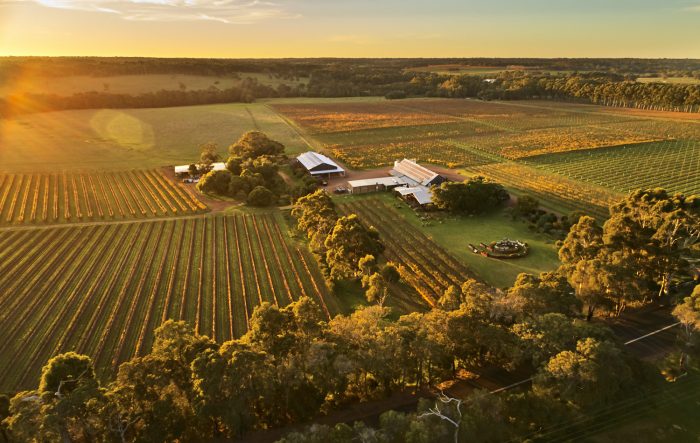 What was it like growing up? One might assume it was all business, but Vanya said it was an idyllic childhood, both before and after the family’s foray into wine.

“We lived a very charmed life. We used to ride the horses around the farm and drive cattle and sheep, and they’d bundle us up and take us down to Gallows Beach. They built a beach house there in the ?50s, and we all used to go down and Dad would fish for dhufish off the beach. The house had no electricity and it was great.

“It was really a childhood of dreams.”

**All images courtesy of Cullen Wines.

Browse our portfolio and explore the region’s wine history on your next getaway.

Meet the maker: Epicuriosity. Dinner party with a twist