Alana knows a thing or two about wine and cheese. She is the Director of Yallingup Cheese Company and an award-winning winemaker.
Share this post

Could there be a more perfect food?

Nature has gifted us with so many classic food combinations: bacon and eggs, garlic and olive oil, pasta and tomato passata. But perhaps the greatest of all time is cheese and wine.

Imagine being an expert in both – a dream job for most of us. Let us introduce Alana Langworthy, the hardworking and affable director of Yallingup Cheese Company. 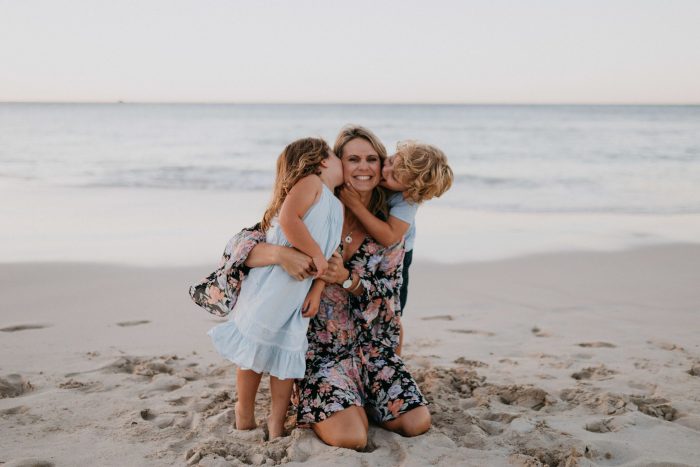 The woman behind this beloved brand has talent in spades. Not only is she the head cheesemaker and director of Yallingup Cheese Company, but she’s also a renowned winemaker. Her produce has won high praise (her 2017 Story Bay Semillon Sauvignon Blanc was crowned Winestate Wine of the Year Awards’ Best Value Wine under $20), and she is also the co-owner of Nocturne Wines with her husband and fellow winemaker Julian (James Halliday’s 2019 Winemaker of the Year, no less).

As a young and passionate winemaker, Alana spent years globetrotting and working in famed grape-growing regions around the world. But her cheesemaking fate was sealed while working in Burgundy, France, with a team of French cellar hands – one of whom was from a cheesemaking family.

“I think he was suitably impressed by my general cheese consumption and invited me to see his family cheesemaking facility in the Comte producing region,” Alana says. “From there, the seed was sown and I returned to Australia a winemaker with a cheesemaking passion that needed to be nurtured.” 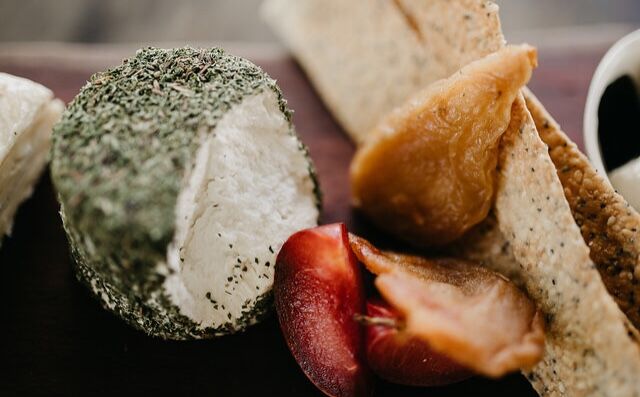 The bridge from winemaking to cheesemaking felt like a natural one, she says, with both being a similar fusion of science and art. The only small problem? She now needed to learn how to actually make cheese. Like anything worth having in life, it took time; in all, it was a journey 13 years in the making since that life-altering meeting in France. The biggest leap came when she moved to Margaret River with her young family and she opened the doors to her cheesery in 2015. 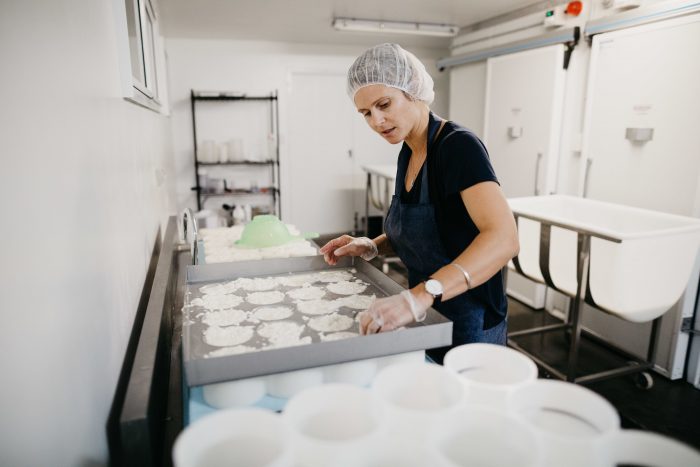 “I was given the most extraordinary opportunity by Chris and Jo Davies from Windows Estate. They offered to build me a custom cheesery and sell through their established cellar door”, Alana says. “It was a no-brainer and really allowed me to jump in the deep end of the pool but with floaties on for that first year. I am forever grateful to them for having the vision to see how an artisan cheese business could flourish alongside the local wine industry.”

While she was, and still is, co-owner of Nocturne Wines, the cheese business was her baby alone. “For some reason, I had a burning passion to have my own small business. (But) around the same time Yallingup Cheese Company began, Nocturne took off, so I found myself running two small businesses while raising two children under four!” 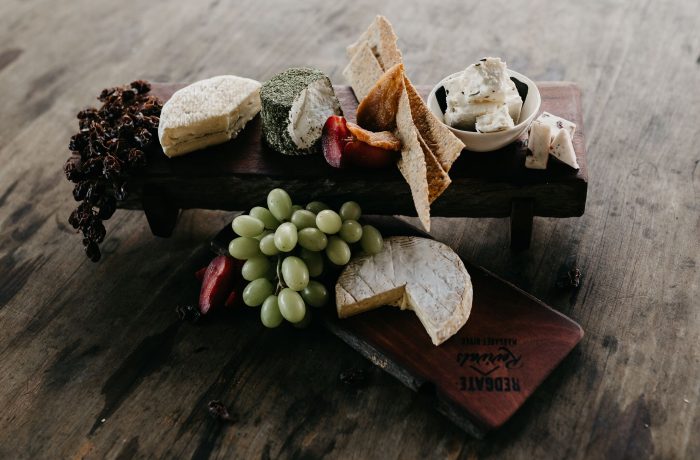 Since then, Yallingup Cheese Company has gone from strength to strength, earning a reputation in the region for its range of beautiful, lovingly-crafted cheeses. It is a must-stop on cheese and wine tours in the region, and the products have been featured on national TV shows (most recently Channel 7’s House Rules) and at festivals like WA Cheese Week and Cabin Fever).

You can learn about making cheese yourself, with one of her popular cheesemaking workshops, with the cost covering tuition, cheesemaking equipment, cultures, milk, plus cheese and wine pairing. Or, you can just drop by for a visit for cheese tastings and goodies to take home. You’ll notice there are no perfect cookie-cutter cheeses here. They have nooks, crannies, uneven edges and are undeniably individual creations. We recommend sinking your teeth into the St Julian – similar to a camembert and ripened with yeast and white mould. This is delicate, creamy, moreish and yes, this cheese is named after her husband! 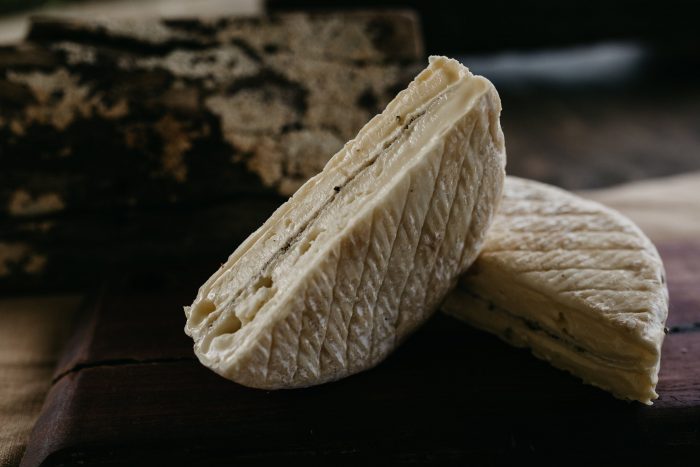 But it’s not just about eating great cheese. For Alana, it’s also about educating people on how cheese should look, smell and, of course, taste.

“People don’t often think about the seasonality or the provenance of cheese the same way they do about fruit and veg or wine. Artisan cheese is truly a reflection of the time and place it is made and I love showcasing these changes throughout the year,” she says. “Cheese is a beautiful living, breathing creation.”

Cheese and wine are two of nature’s greatest gifts. Enjoy them during an escape to Western Australia’s beautiful South-West.