How did a far-flung, sleepy patch of land at the other end of the world emerge as a powerhouse wine region with produce that is now celebrated around the globe? And all in the space of just a few decades?

It’s a bit of a fairy tale, really. And it’s all due to the hard work and enthusiasm of a plucky few who saw an incredible opportunity and leapt in headfirst.

For thousands of years Aboriginals lived on the land, joined by European immigrants in the 19th century. For more than a hundred years, the South West –a rural, earthy province occupied by the dairy and timber industries – was so far from the tourist magnet it is now, it’s almost unimaginable. But there were major turning points in the late 1950s and again in the 1960s, that would transform the region and the fortunes of so many, far and wide.

Harold Olmo, a viticulture professor from the University of California, who is now recognised as one of the world’s most influential viticulturalists, was invited to Western Australia in the 1950s to investigate cool weather vineyard locations. He advised that the southern regions of Western Australia were ideally suited to wine growing and likened the conditions to Bordeaux in France. Then, in 1966, an agriculture professor from The University of Western Australia, Dr John Gladstones, wrote a paper on the suitability of the Margaret River region for grape-growing. It was then that several parties – many of whom had previously had nothing to do with the wine industry – sat up and took notice.

Read this: Take a swirl around in Margaret River’s wine history with The Way It Was, a book by Peter Forrestal and Ray Jordan. 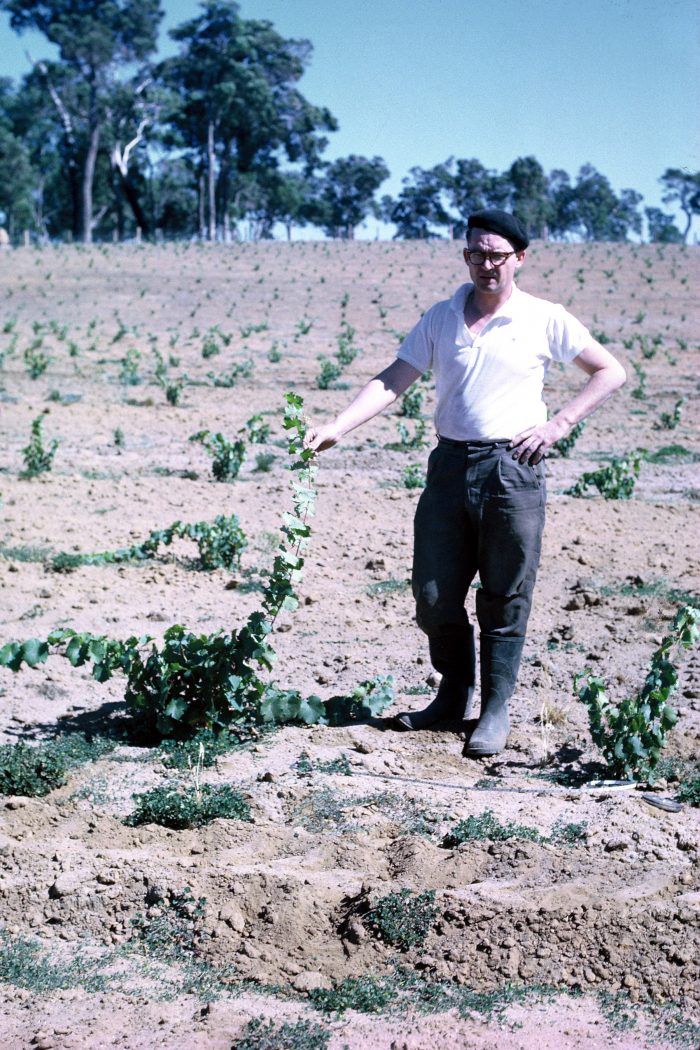 It’s well known that Dr. Tom Cullity Cullity established the founding wine estate of Margaret River in 1967, however the pioneering of the Margaret River wine region was really an effort undertaken by several parties around the same time, with trial plantings beginning in the late 1960s. All of these original wineries exist today and they remain some of the very best for producing world-class fine wines. These are:

One of WA’s best-known wineries, Vasse Felix, was in part named after a French sailor on the Baudin Expedition in the early 1800s named Thomas Timothèe Vasse, who was swept into the ocean and whose fate remained a mystery. An avid historian, and hopeful that his vineyard would enjoy a happier fate, Dr Tom Cullity named it Vasse Felix, meaning ‘lucky/happy’ Vasse.

Perth cardiologist Dr Tom Cullity established the founding wine Estate of Margaret River in 1967, with the first wines made in 1972. He had worked in Britain in the 1950’s and it was there he first experienced European wine, and travelled the continent to learn more. After hearing of the advice from Harold Olmo and John Gladstones, Dr Cullity purchased land Margaret River, planting Cabernet Sauvignon, Malbec, Shiraz and Riesling. 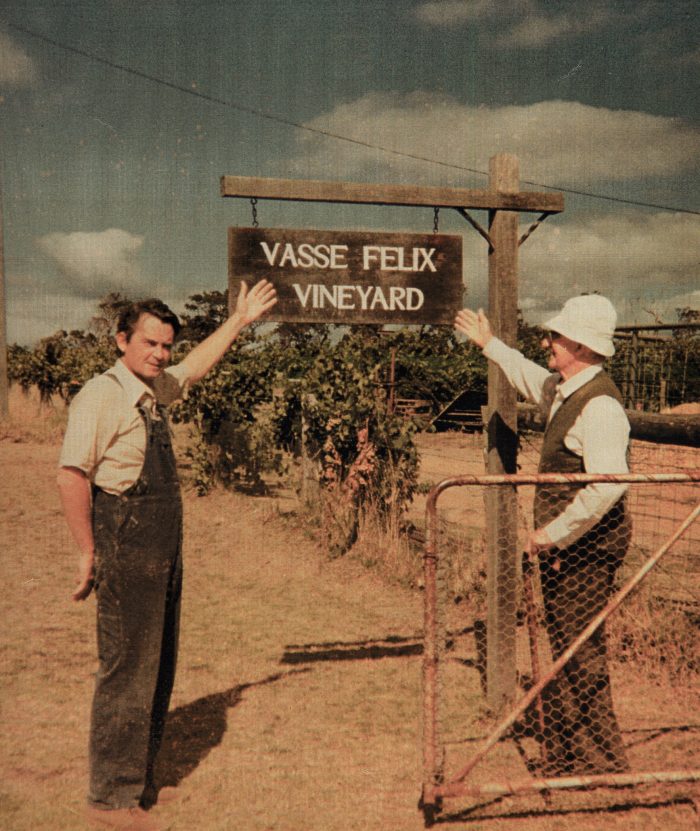 Fruit from the original vines still contributes to the wine produced today, including the Tom Cullity Cabernet Sauvignon Malbec. Dr Cullity handed the reins of the company on many years ago and stepped away from the industry he helped create. He passed away in 2008.

The vineyard was bought by the Holmes à Court family in 1987 and the Estate continues to be run by this iconic Western Australian family today, housing an Art Gallery, award-winning restaurant, wine lounge and a wine museum in the original vineyard Vault where visitors can step back in time and view some of the original vintages made.

Watch this: Margaret River Wine has four 50th anniversary videos with founders of the wine region, winery owners, and others in the know. Each video has beautiful footage and facts you probably never knew.

Diana and Kevin Cullen, a physiotherapist and GP respectively, were interested in lupins but instead planted vineyards after talking to Dr Gladstones. It is a winery with many firsts. Their winery was the first Australian site to blend the now immensely popular semillon sauvignon blanc, a move by winemaker Dr Mike Peterkin, who went on to found Pierro. Cullen’s was also the first to offer local food with their wines.

The company is focused on natural, chemical-free wines, sustainability and biodynamic practices. And it was the first vineyard and winery in Australia to be certified carbon neutral.

The business is now co-owned by the Cullen’s six children, with youngest daughter Vanya the head winemaker and managing director.

Founder David Hohnen took himself off to California to study viticulture and then brought back his knowledge to Western Australia, around the time the industry was in its infancy. 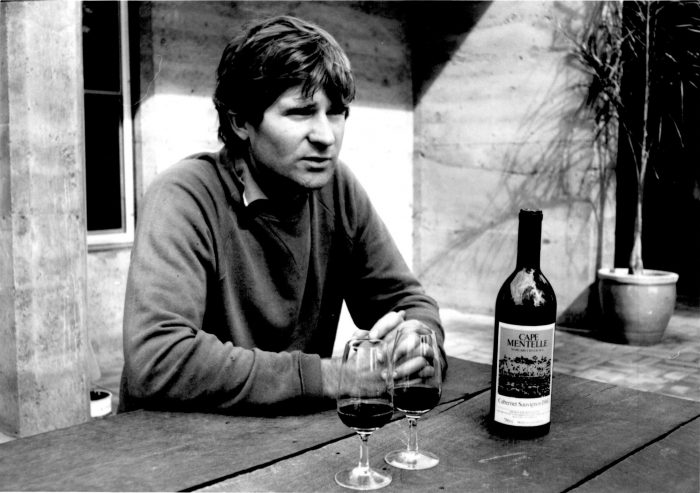 To say David is a true entrepreneur with an eye for opportunity is an understatement. He started Cape Mentelle with his brothers, Mark and Giles, becoming one of the Margaret River region’s founding wineries. He was also a founding member of New Zealand’s Marlborough wine region with Cloudy Bay, which he started in 1985.

He then went back to his roots in Margaret River and opened McHenry Hohnen in 2004 with his brother-in-law Murray. He no longer owns these wineries, but has since gone on to open the popular smallgoods and butchery company, The Farm House.

Like many others who heard of the findings of Dr Gladstones, Bill and Sandra Pannell purchased land in 1969 and planted vines with cuttings brought in from California. The first vintage, in 1973, produced 250 cases of cabernet sauvignon. This was quickly followed by semillon and pinot noir. 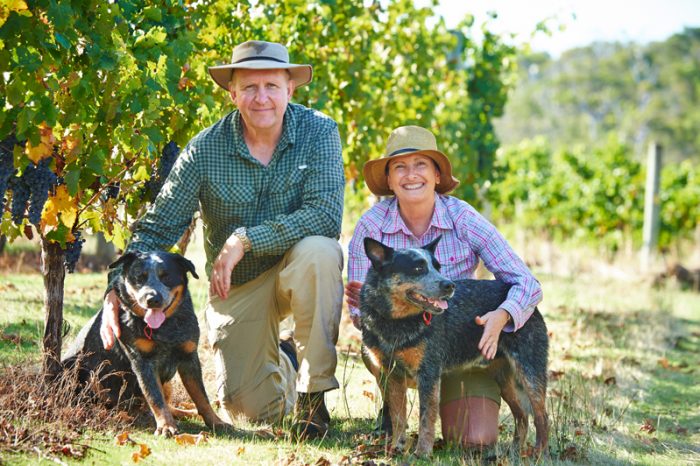 After many years of successful winemaking, the couple sold to Clare and Keith Mugford, who still run it to this day. Quiet achievers, there isn’t too much publicity or fanfare around Moss Wood. The focus is on good quality, premium wine. In 2014, Ray Jordan gave the Moss Wood 2014 cabernet sauvignon the honour of his highest ever score: 99/100 and they have recently been awarded the Jack Mann Memorial Medal in recognition of a significant contribution to the Western Australian wine industry.

Listen to this: Wine Unearthed, a new wine-focused podcast celebrating the special region that is Margaret River.

The name John Septimus Roe means something to most Western Australians. He was WA’s first Surveyor-General, the person who recommended the sites of Perth and Fremantle, and who set aside land that would become Kings Park. He was awarded a piece of land in the eastern Perth area for his services to the Commonwealth. This was the start of the Sandalford story. 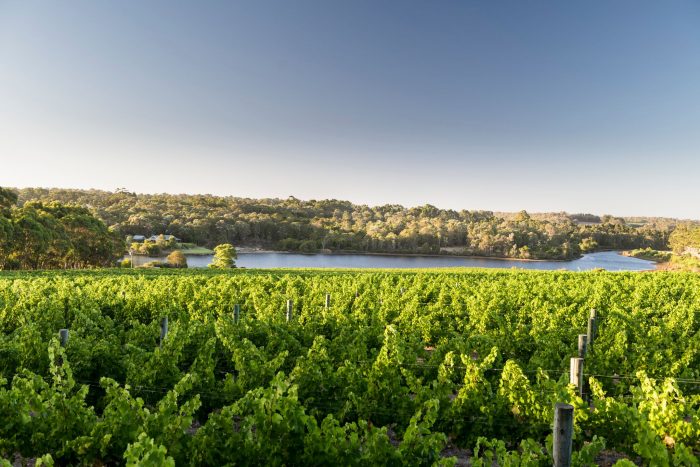 By now a long-time player in the Swan Valley wine region, the Roe family decided to expand into the newly established wine region in Wilyabrup, with the purchase of a 300-hectare property and planting  of vines in 1970. Sandalford have been making wines for an incredible 175 years. It is now owned by Debra and Peter Prendiville, who revitalised the brand and introduced it to 40 different markets around the world.

The name Leeuwin is well known for being a hive of activity, including the famous Leeuwin Concert and Gourmet Escape, the biggest culinary event in Western Australia.

After purchasing the cattle property, the Horgan family were undecided what to do with their piece of land. They chose to plant vineyards under the guidance of influential Californian winemaker Robert Mondavi, and Leeuwin Estate was officially established in 1973. They now produce around 60,000 cases of wine each vintage. 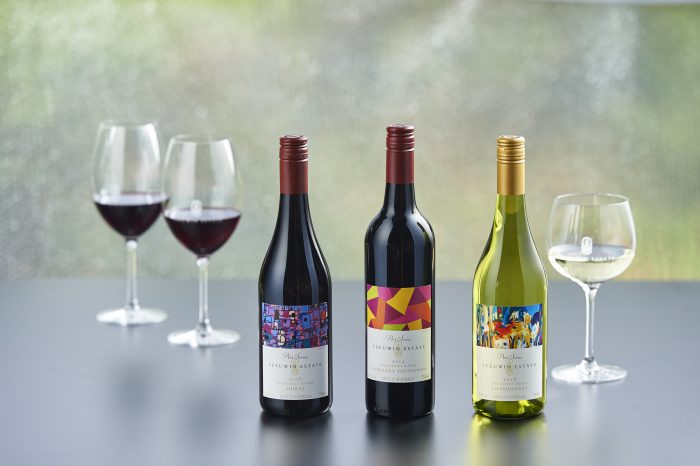 Leeuwin’s head winemaker Tim Lovett has been responsible for the phenomenally successful Art Series chardonnay, and the business is still family owned and run by multiple Horgan generations.

Today there are more than 150 wineries in the region. It’s thanks to the dedication of these inventive and hardworking people that the seeds of success were sown for the Margaret River wine industry. This had the knock-on effect of creating a tourism paradise and giving life to industries the founders never dreamed possible.

Browse our portfolio to discover the perfect holiday home for your wine worshipper escape to Margaret River.

Gourmet Escape 2019: the biggest event of the year