Four well-known locals give their thoughts on the best time to visit the Margaret River region.
Share this post

We’re often asked when the very best time to visit the Margaret River region is. But the truth is, there isn’t one best season that trumps all others. Firstly, WA’s South West is a year-round destination, so every season is spectacular in its own special way. Secondly, it really depends on what experience you’re seeking.

Sometimes nature determines when you’ll need to be in the region. Here’s a quick run-down on your favourite activities:

If you want to know about temperatures, rain, and what to pack, take a read of this article. And for a more in-depth look at the Noongar six season calendar, find out more here.

When is the best time to visit the Margaret River region? (According to the locals)

“Bunuru: February-March. It’s the most humid time, and a really nice time of year. The marri is blossoming, there’s harvesting of the native plums, and we have the migration of the ngari. Heading into autumn, it’s nice and warm, there’s heaps of tailor and whiting, and a few rain showers. There’s a lot of white-tailed black cockatoo around – flocks of these cockatoos flying overhead all the time – and it’s an indication of all the marri blossoms. That would have to be my favourite time of the year.”

“The four seasons were brought across from Europe, but our climate is quite different. There’s a clear distinction each two months in animals, plants, and weather patterns. For a lot of years, traditionally, it was only Aboriginal people using the six seasons, but farmers now use it and mainstream studies are embracing the six seasons.” 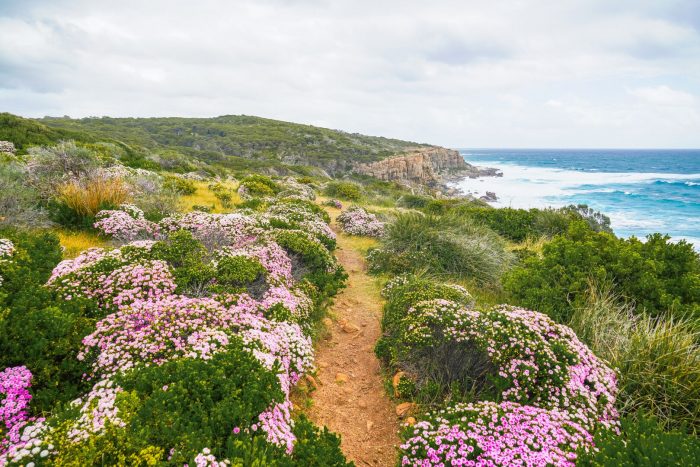 “Spring is my favourite. This is when the whole landscape comes alive with colour, and it is peak wildflower and peak whale watching. There are 40,000 whales going back down to Antarctica at this time, and this is one of the only places in the world where you can sometimes see blue whales from the land.”

“A very close second is autumn, but I also love winter with big storms blasting in. It’s cliché but I love that cool weather with red wine and log fires. And I think some of the best days on the Cape to Cape track are in winter: the wildness, the rawness, the fronts coming in. On really wild days, go down to Augusta and see what a 100km wind blast feels like. People worry about the weather being ‘bad’ but the wildest days are the ones people often enjoy the most!” 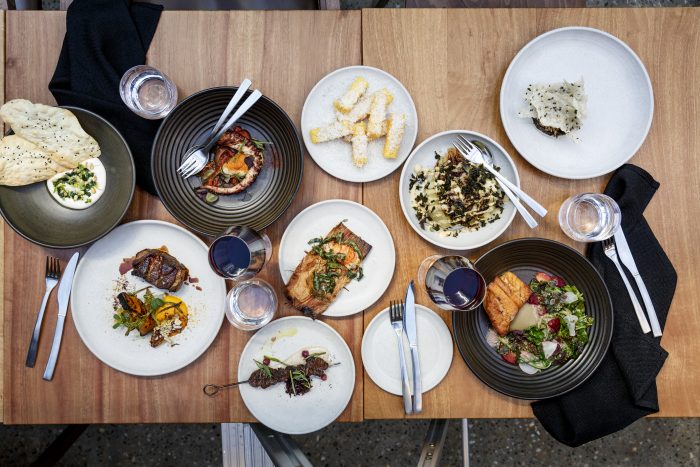 “I probably most like what is called Djeran, in April-May. That’s when it’s a bit cool, the surf gets really good and the water’s warm. And it’s less crowded. I just love those balmy nights and light winds; the grape vines are happening and it’s salmon season.”

“When you look at the six seasons, it makes a lot of sense. It’s more about understanding where we live and what’s around you. You’ll suddenly start to notice things more closely, like different wind directions and different animals coming out.”

“In the restaurant we try to stick to West Australian food, and include native ingredients where we can. We might serve emu with saltbush and Davidson’s plum, make quandong jam, pick some wild boronia – the scent is amazing – or we look for beach mustard which tastes like wasabi and we use with seafood.” 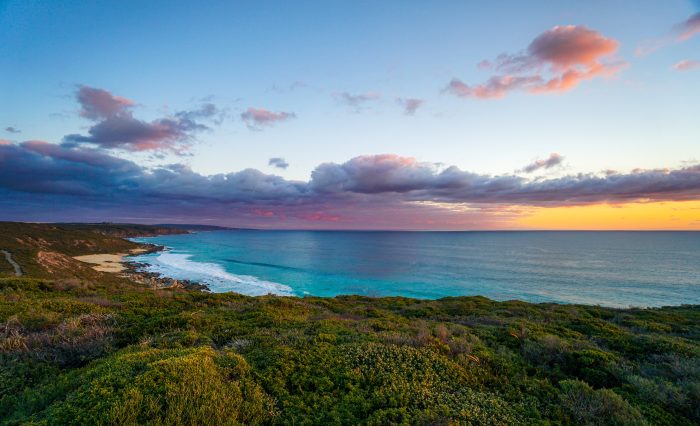 Sunsets in the Margaret River region

“Autumn is my favourite. I like the cool mornings, and the first rain and thunderstorms coming through. For me it’s about the colours and produce that’s available at that time. You’ve got your fruits like oranges and apples, and chestnuts are being harvested then; the colours are amazing; sunsets are amazing.”

“There’s something for everyone in every season, even in winter. My winter tours this year have been based on tastings indoors because of the rain, but we’ve found places that have fireplaces or outdoor fires that we couldn’t do in the summer months. And, of course, in winter we have truffle season. The other thing that’s getting quite big is the variety of classes on offer like cooking, cheese, and coffee.”

“That’s the beauty of the South West.”

Western Australia’s South West is a true year-round destination. Browse our portfolio of luxury holiday homes today. To book any of our properties, phone (08) 9750 5444 or book online at your convenience.

The 20 best things to do in Australia’s South West

After dark: the best bars of the Margaret River region