It’s every child’s dream to have an ice cream shop. Meet the man who has made this his reality.
Share this post

Surely it has to be every kid’s dream career to own an ice creamery. All those flavours, all that creativity, and not to mention being your own boss. Who are the people who actually land a such a sweet position in life?

Well, Garth Simpson for one. Also known as Simmo from Dunsborough favourite, Simmos Ice Creamery. But funnily enough, unlike all the kids out there, ice cream wasn’t necessarily on his radar. 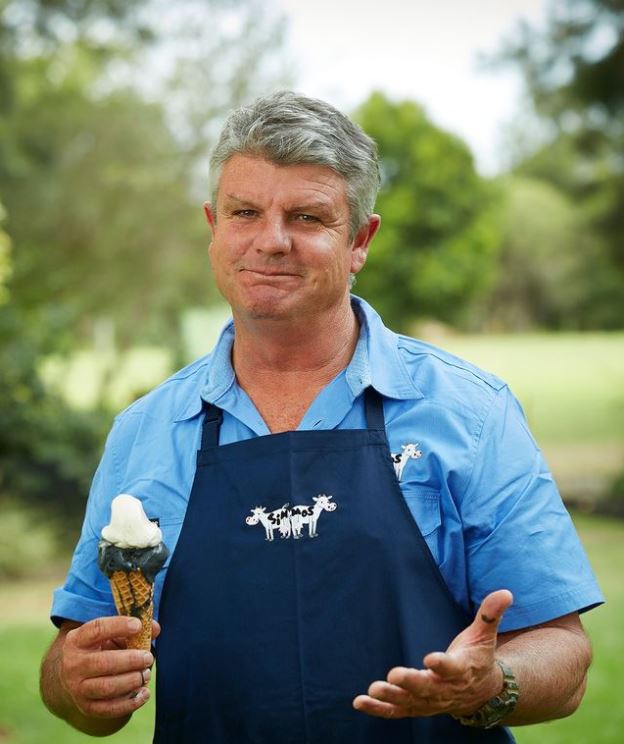 “Mum and Dad retired down here in the late ?80s, but my father couldn’t keep still; he was always thinking,” he said. “We had been involved in the [hospitality] business before, but I wanted to go be a farmer – and I really wanted to leave the city.”

When his keen-thinking father had a zany idea to make ice creams in the South West, Garth decided it was a leap he was willing to take. Armed with a handful of his father’s ice cream recipes (“I don’t know where they came from!” he laughs) from their native Ireland, they purchased a former deer farm out the back of Dunsborough, as well as a little pasteurising machine, and an eight-scoop ice-cream cabinet. And with that, the Simmos journey had begun.

Dunsborough wasn’t quite the holiday magnet it has grown to today, and the rural location of the farm didn’t bring the traffic that was needed for a business to take off. The team had to come up with something that would entice customers. So, long before the current trend of experimental ice-cream flavours became cool, Simmos was doing it.

“We knew we had to do something different to succeed here. It around the time of the 1992 schoolies, and we decided to go left field: we made a baked bean ice cream. It was awful! But it took off through word of mouth and brought more people in,” Garth said. 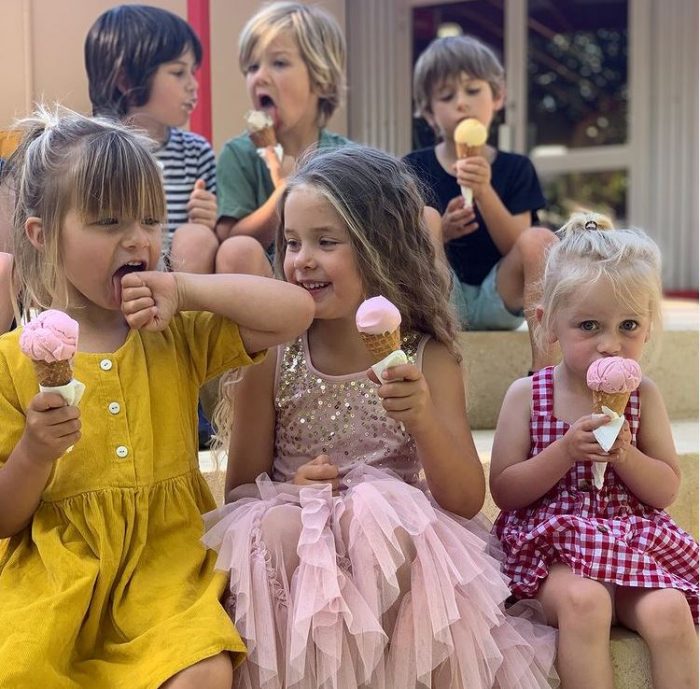 Remember, this was a time when old-school peppermint, lurid-coloured bubblegum, and plain banana ruled ice-cream parlours. Just like with the flavour experimentation, the Simmos team was already was sniffing out another opportunity.

“We would buy half a tonne of Mars Bars and chop them up into ice cream – at that stage, no one was doing it over here – and we’d use fresh mangoes we’d get from places like Kununurra too,” he said. “We kept doing the Mars and Bounty ones until we were told to stop, so we do our own versions of those now.”

This innovative attitude has morphed even further these days, and they’ve ventured into the health and dietary requirement space. They’ve found a way to make deliciously ‘gooey, yummy, sticky ice cream’ catering to a wider audience, including gluten free, sugar free (yep – sugar free ice cream) and vegan options made with coconut cream. 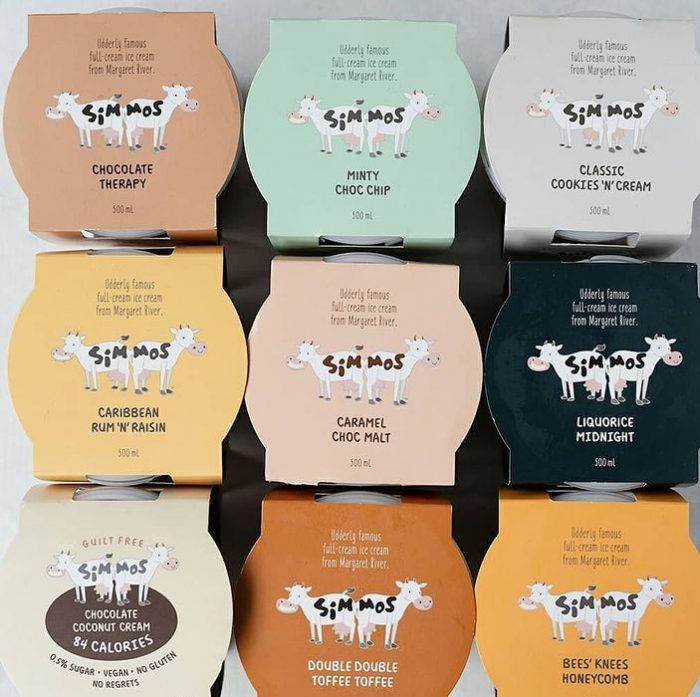 “It tastes quite nice! All these young trendy hipsters come in wanting it, and we are getting asked for more flavours,” Garth said. “Of course, people still want the burnt caramels so I can’t stop making those, but the vegan side is definitely growing.”

It seems incredible that this beloved ice creamery started on such a small scale to become the business it now is, evolving from a ‘nothing to lose’ mentality to being named one of the top 15 parlours by USA Today, and winning a cascade of grand champion awards at the Perth Royal Show.

With over 60 flavours on offer and new ones constantly being introduced, Simmos is a location people make a beeline for when they’re visiting the South West. It’s not just an ice cream shop. It’s a destination, particularly for families. With lots of trees for shade, a big lawned area, an 18-hole mini golf course, play equipment, and barbecues, it can make for a fun afternoon letting your kids run themselves ragged having the best time ever. And for everyone else, it’s a chance to decompress and just sit idly with a luscious ice cream in hand. 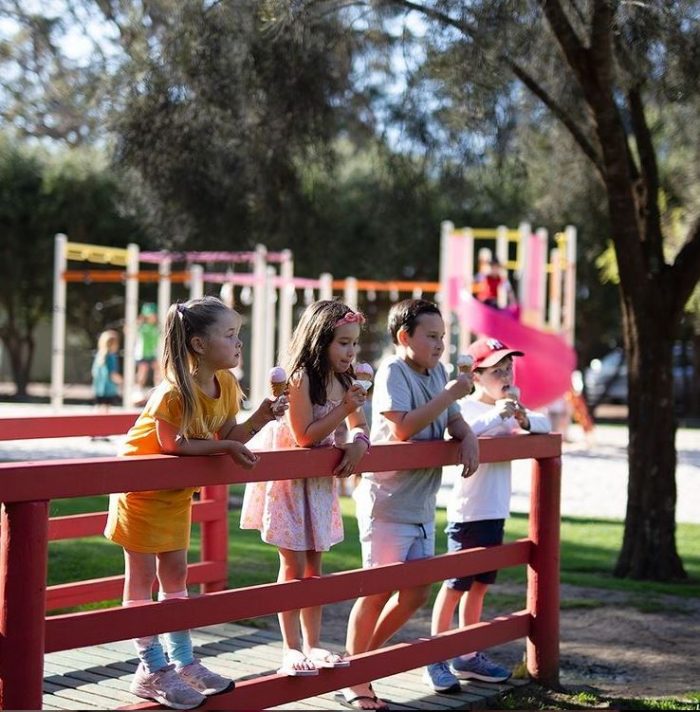 But the most important question of the day has to be: what’s the favourite flavour of the ice cream maestro himself?

“Cold yummy vanilla,” Garth answers immediately. “It has to be straight from the machine with homemade chocolate sauce. As it comes out, it’s not soft serve but it’s not overly hard and comes away easily with a spoon. That’s my favourite.”

Have a family-friendly holiday in Dunsborough and eat all the ice cream! Browse our portfolio of luxury holiday homes today.