Haven’t we all had a sliding door moment? How did it turn out for you? For renowned South West photographer Christian Fletcher, that serendipitous point in time arrived in the form of a surfing injury and was the catalyst to kickstarting a decades-long career behind the lens.

For a young guy on a much-anticipated break from his desk-bound government job, being unable to spend lazy days surfing under the blazing sun was a huge blow. But little did he know he was about to get a glimpse of another life. 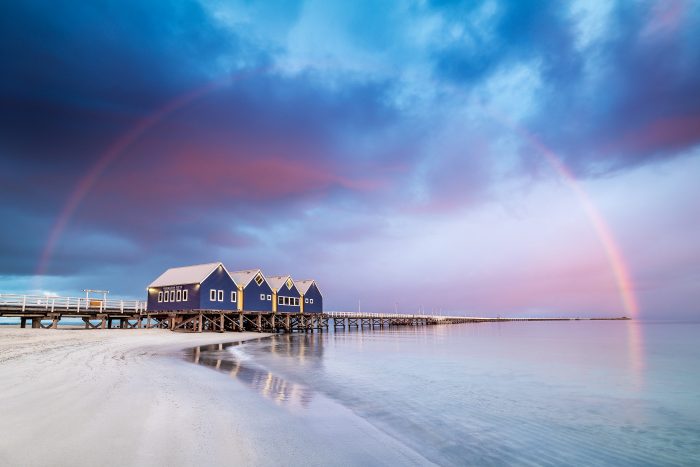 “I couldn’t go back in the water for three weeks and I was bored. I had this little camera I got when I was 15, so I decided to put film in and take photos,” Christian recalled. “Back then it was all film, so you didn’t know what you were going to get. You pushed the button and a week or so later you got your photos back. It was so exciting and magical.” 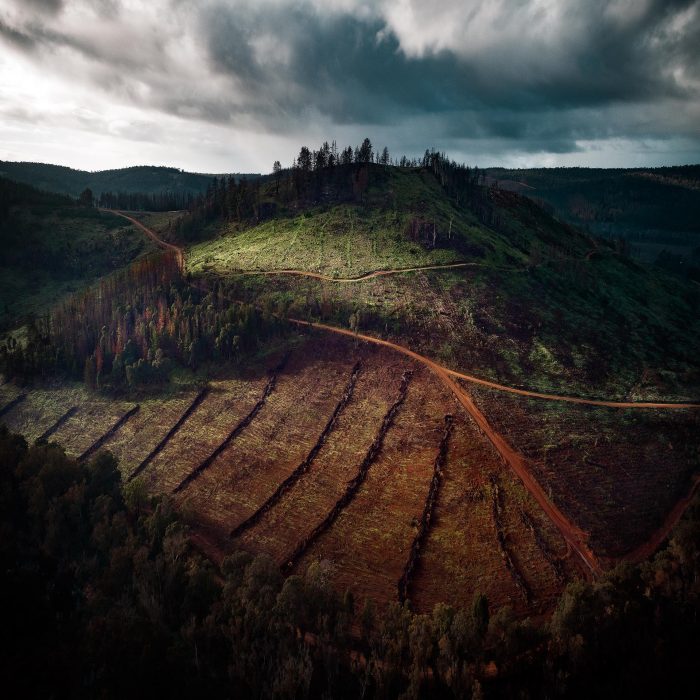 It’s also been a treat for the thousands who’ve set their eyes upon his work in the years since these humble beginnings in the 1980s. You’ve probably seen his breathtaking images all around the South West: moody forests, sandy beaches with the azure sky stretching overhead, and otherworldly contemporary landscapes. It’s no exaggeration to say his work has helped shaped how people see the region.

It may not have ever happened at all had his parents not relocated to the Dunsborough area. It was during one of these visits that he fell in love with the bohemian surf-side vibe of the coast’s sleepy villages.

“I had just done a trip around Australia, and we were exploring cool towns. The last stop was to call in and see mum and dad because they’d bought a house down here. We realised this was the best place we’d visited with the coast, the vineyards, and the rolling hills.”

“My brother quit his job and started a restaurant here and I moved in with mum and dad. I had a surfboard, a camera, and a HG Holden. But what was I going to do? I didn’t have a trade and I hadn’t been to uni. But I liked photos, so I thought maybe I’d take landscape photos and sell them,” Christian said. 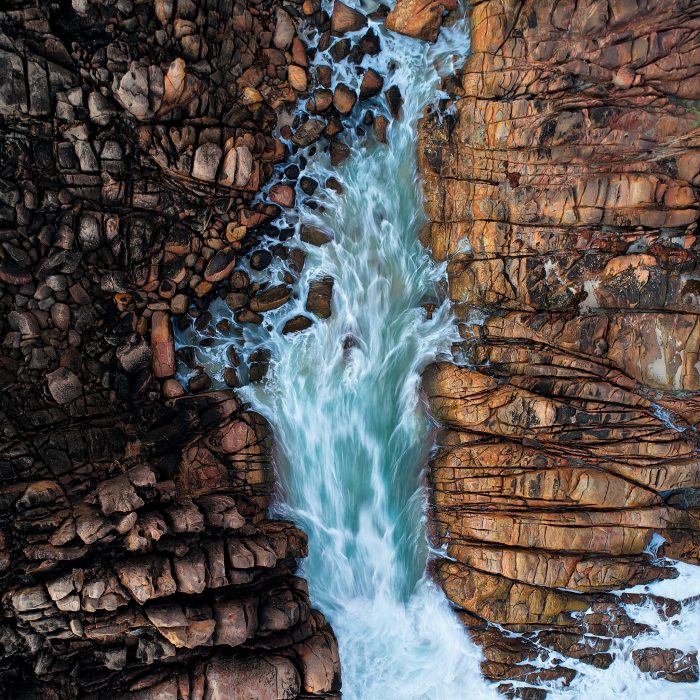 As any entrepreneur can attest, the road wasn’t smooth. From selling his very first piece to a restaurant guest – and then no sales for several months – to his first feature in a magazine, his photography career slowly rolled along. He dabbled in picture framing, in gallery sharing, in shooting weddings and commercial, and doing what he could to succeed in this business. But his heart lay in landscapes.

Feeling disillusioned with where his career was at and doubting his abilities (“I didn’t think I was creative enough to succeed as a photographer”), the answer lay in the small towns of Western Australia, yet again. It was in Esperance when he happened upon the gallery of local photographer, Jill Murch.

“This was my dream – why haven’t I got my own gallery?! I came back to Dunsborough, started doing markets, and putting effort into everything I did. It snowballed from there. I just love it,” he said. “I feel I’m really lucky that I’m paid to see extraordinary things – things I never would have done if I’d stayed in the government. This career has been a real privilege.”

He’s tasted success with his iconic shots of serene Boranup Forest, spectacular Meelup Beach, and misty Nannup – not to mention the incredible landscapes of North West Australia, the eastern states, Iceland, Antarctica, and the United States. But Christian has been gradually adding other dimensions to his collection, too. 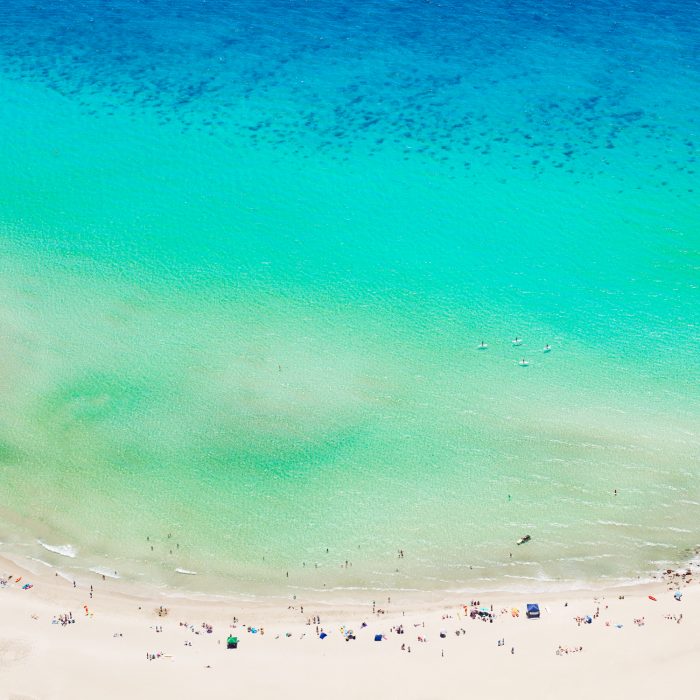 “My heart now lies in contemporary, urban work. I find beauty in the banal. I love going into a small town and finding something quirky. You have to hunt and search for it. It’s like prospecting for gold,” he said. “I’ve been to some beautiful places in the world but one of my favourite shots is a building behind the car wash in Busselton. I saw the shape, angle, and composition, and took a photo of it. I put a palm tree in the sky and changed it to pastel colours. You can find something in your backyard that’s boring and make it interesting.”

His favourite place to shoot

“I love America. The landscape is so diverse with snow-covered mountains, canyons, and national parks where you can’t believe what you’re seeing. And there’s so many run-down towns with old junk cars … it feels like something you’ve seen in a movie.” 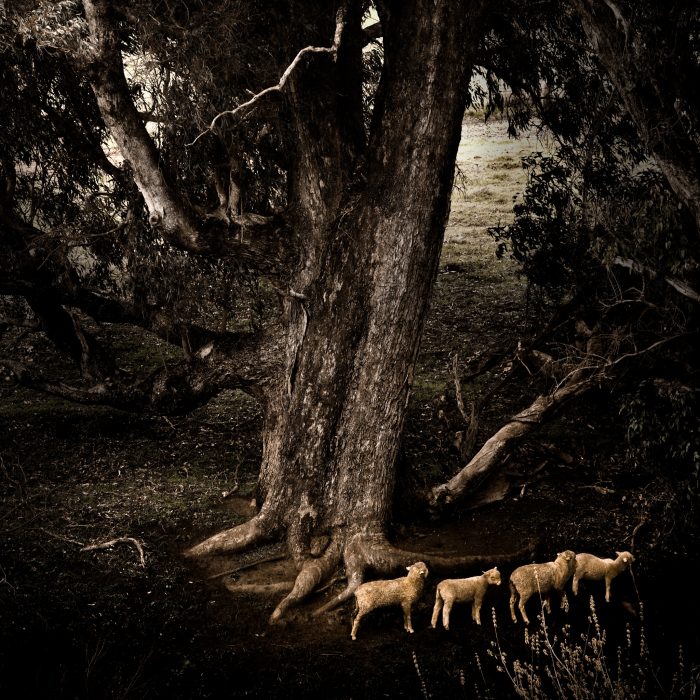 “I have two. One of them I took about 11 years ago of four sheep that were walking under a big, beautiful tree. It was raining and I was driving past, and I thought ‘that looks cool’. I darkened it down and it looked like a fairy tale, a Red Riding Hood or Snow White scene. It’s one of the only photos I have of mine hanging in the house.”

“The second was taken during a trip to America. I’m looking down this road and there was a concrete overpass. I could hear a truck coming and I didn’t want it in the photo but when I got back to my hotel that night, I saw the pastel colours, fluffy white clouds and then there’s the commercialism of a Walmart truck.” 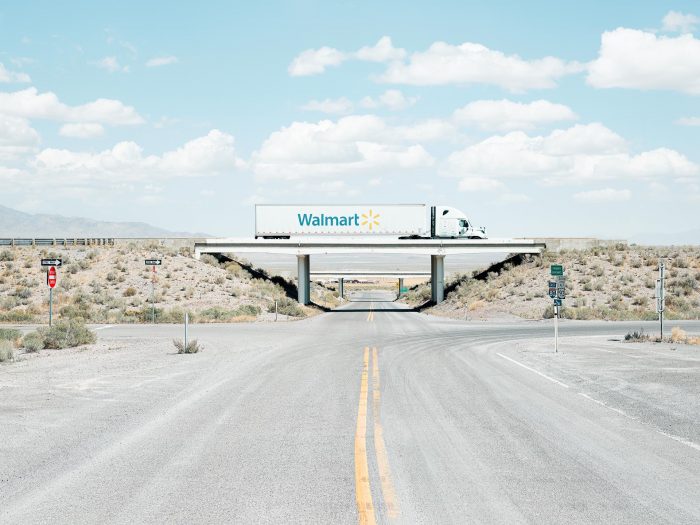 What he loves about the Western Australian landscape

“I wouldn’t care if I’m stuck here for the rest of my days. We’ve got the best landscape for photographers. It’s so isolated, and it’s raw and natural.”

Fall in love with the beauty of WA’s South West and Christian Fletcher’s work at his Dunsborough gallery. Christian is also one of the main artists who opens his studio as part of  Margaret River Region Open Studios.

In it’s 11th year, this art festival runs over three weekends 11th-26th September, 2021. Visitors can expect some exciting things with Christian’s new works highlighting both sides of his photographic style, from the dark moody landscapes to more contemporary urban images that are all about shape, colour and minimalist design.

Browse our portfolio of luxury holiday homes today. Book your stay and start planning your art adventure throughout the Margaret River region.

The best wedding photographers in the South West